I don’t often use the first person for my reviews but Fracktura motivated me to really say it like it is. I don’t know if that’s because I’m angry that people can put out something so dissonent, or if it’s because the music is genius.

I may not listen to their music again, but Fracktura has taught me about myself, and maybe that’s what the band wants to do.

I’m not much for the avant garde, and this work will probably not change my mind. The musicians, Karis Tucker on vocals, André Machado on 8-string guitar and bass, and Henry Conde on synth and piano, are talented and quite accomplished.

But this non-linear material is the type of work one might find as the background in a horror movie.  The downbeat nature of the music and the random notes seemingly don’t have a pattern, but that is inherently why the music is so interesting. 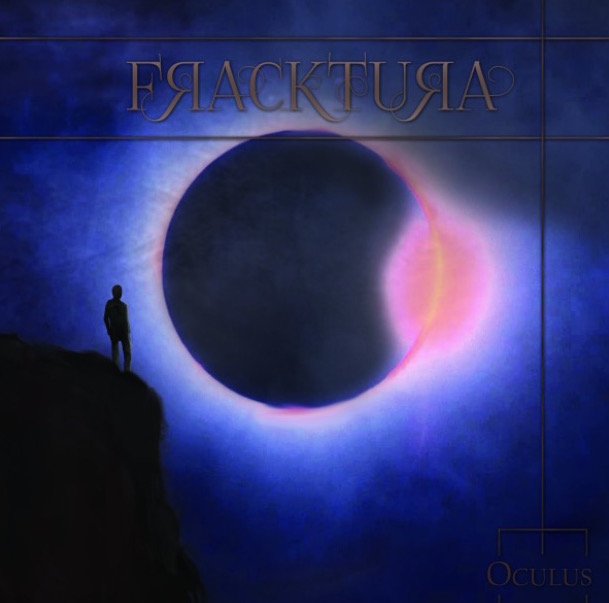 In Their Own Words

The musicians said of the songs on the EP:

— “You” represents the acknowledgement of a much deeper level of the self, and the dive into the inner abyss as an attempt to reach and unfold that.

— “Gold Spectrum” and “The Fear Peddler” are, each in their own way, a clash between what has been searched-for and the so-called reality with its temptations and demands, and how it translates to the way our identity behaves in this world.

— “Identidade” results from the endless search that offers little or no closure.

While I’m not sure what any of that means, I can’t decide if I like this music or not, and again, maybe that’s the purpose.  On a second play, it seemed there is a distinct intent to keep listeners off balance. 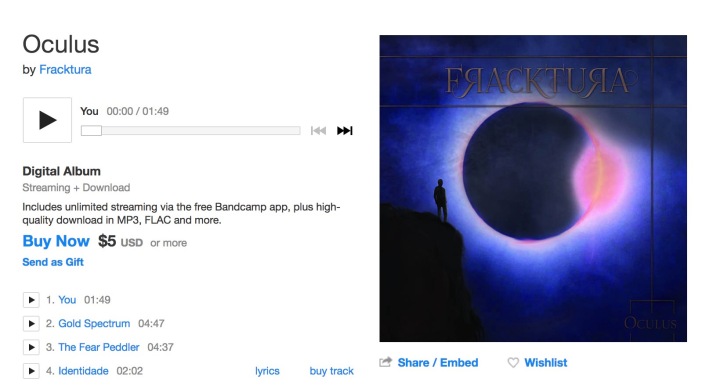 The music is introspective, so on some level the music makes you question what is “good” and what is not so good, musically.  The reflection I feel with this has turned my reviewing world on its ear.

So this is a thank you to Fracktura because this band has opened my mind beyond being a reviewer who sees things in black and white. Because Fracktura casts its colors in a range of greys it separates itself out from among the other musicians I hear.

One thing is for sure. The music keeps you hanging on each note, knowing there is something interesting coming around the corner.

Oculus clearly isn’t for everyone, but for those of us who are looking for a new sound, innovative in its dark simplicity, this is it.

All lyrics by Diogo Oliveira

Artwork and logo by Leandro Oliveira

Piano on “You” and “Identidade” performed by Soojin Kim